Dr. Monique Saigal was born in Paris, France before the break out of WWII.

She moved to California at the age of 17 where she attended the University of California in Los Angeles and received her B.A, M.A and PhD in French lit. She is retired now from Pomona College in Claremont, California where she first taught Spanish for several years, as well as French language, literature, films and culture for 45 years. She published articles on French poetry and women writers. 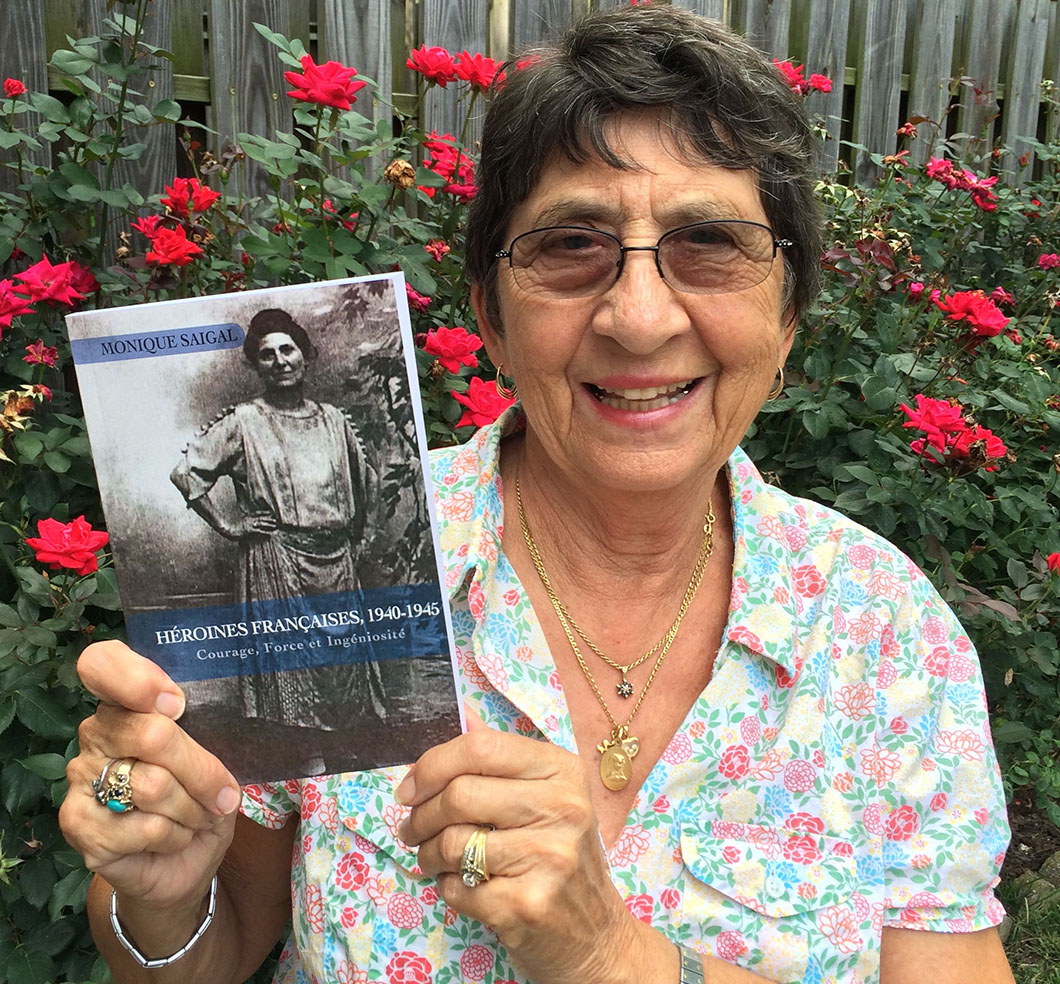 They now have many photos that illustrate her time during WWII.

The photos are preceded by a long introduction telling her story as a hidden Jewish child. By chance, a Catholic family saved her and raised her from age 3, until age 12, several years after the war had ended. The photo on the cover of her book is that of her grandmother who was gassed at Auschwitz September 30, 1942. Monique visited the camp September 30, 2015. The book also tells about 18 women she interviewed because they were Resistance fighters. The last one tells about her grandmother who remains the closest one to her heart . Dr. Monique Saigal has given power point presentations in the USA, France, Belgium, Switzerland and Canada. She has spoken in schools and universities to students of all ages and in Jewish Community Centers, as well as other religious groups charitable organizations, libraries, book clubs, etc. She has had several book signings including several at the Holocaust Museum in Washington, DC in September 2014, July 2015 and October 2016. She received the Wig Award for Excellence in Teaching at Pomona College, California in 1997. On May 8th, 2012, she was granted the Dr. Philip Weiss Inaugural Award For Storytelling For Peace and Human Rights from the University of Manitoba, in Winnipeg, Canada, and the Faculty Alumni Award from Pomona College, in 2013.

Or scroll down for more words from Monique first 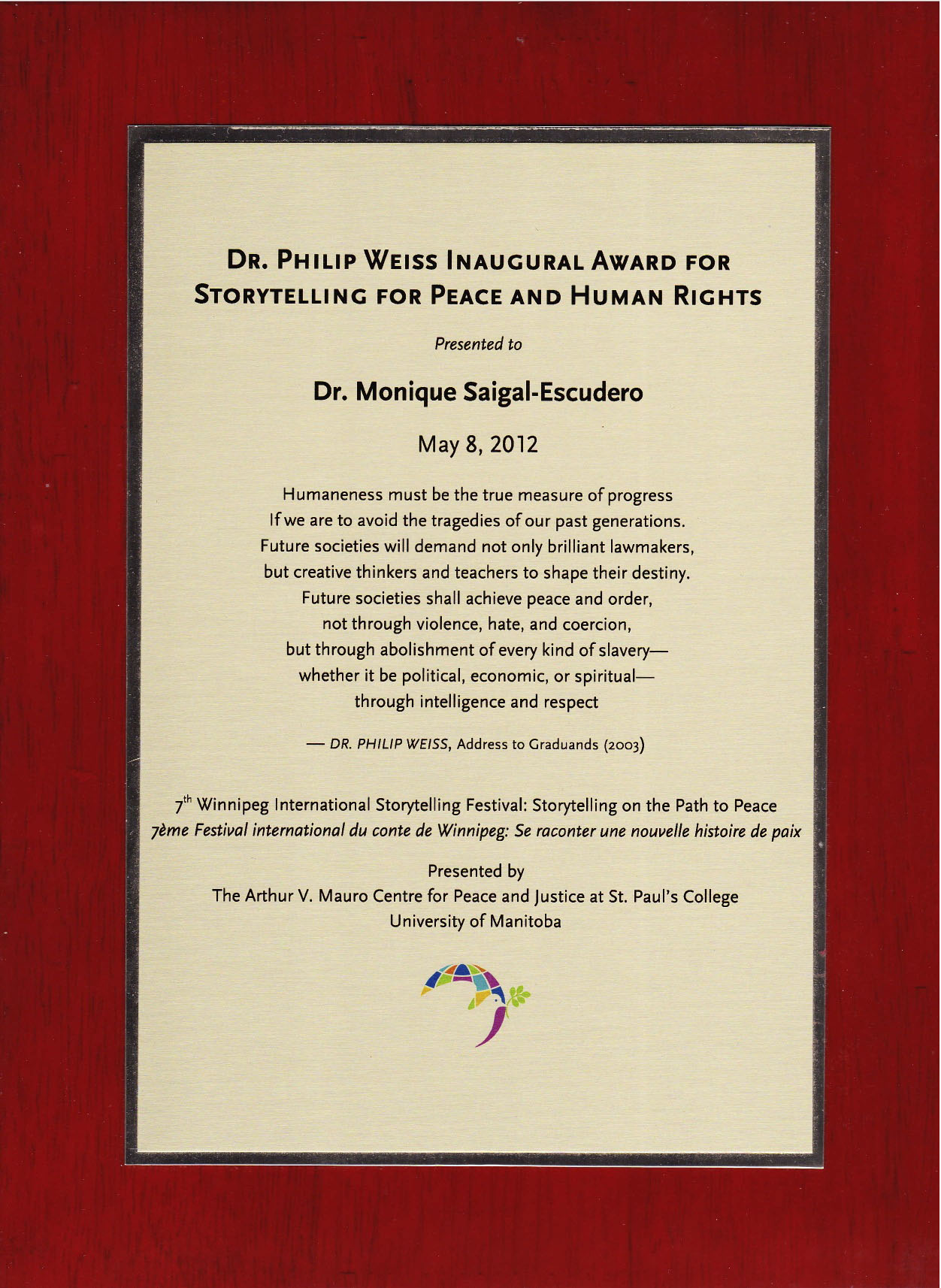 "Given to Monique by Arthur V. Mauro Centre for Peace and Justice at St.Paul’s College, University of Manitoba, Winnipeg, Canada."

I spent a wonderful week in Winnipeg where I spoke to various students from the local middle schools, high schools, French school, and the University of Manitoba. Students and teachers were very welcoming and interested in the topic. It was a very fruitful visit. 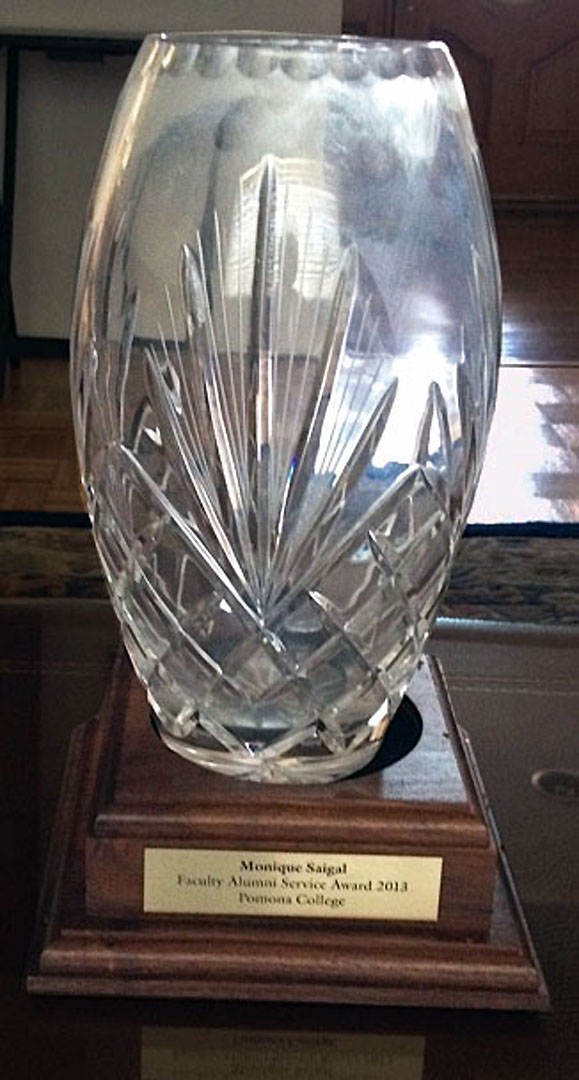 When I received the Pomona College Alumni Award, I was extremely pleased because after teaching Spanish for 6 years as well French for 45 years I still keep in contact with the school and with many students, so it was wonderful to be recognized. 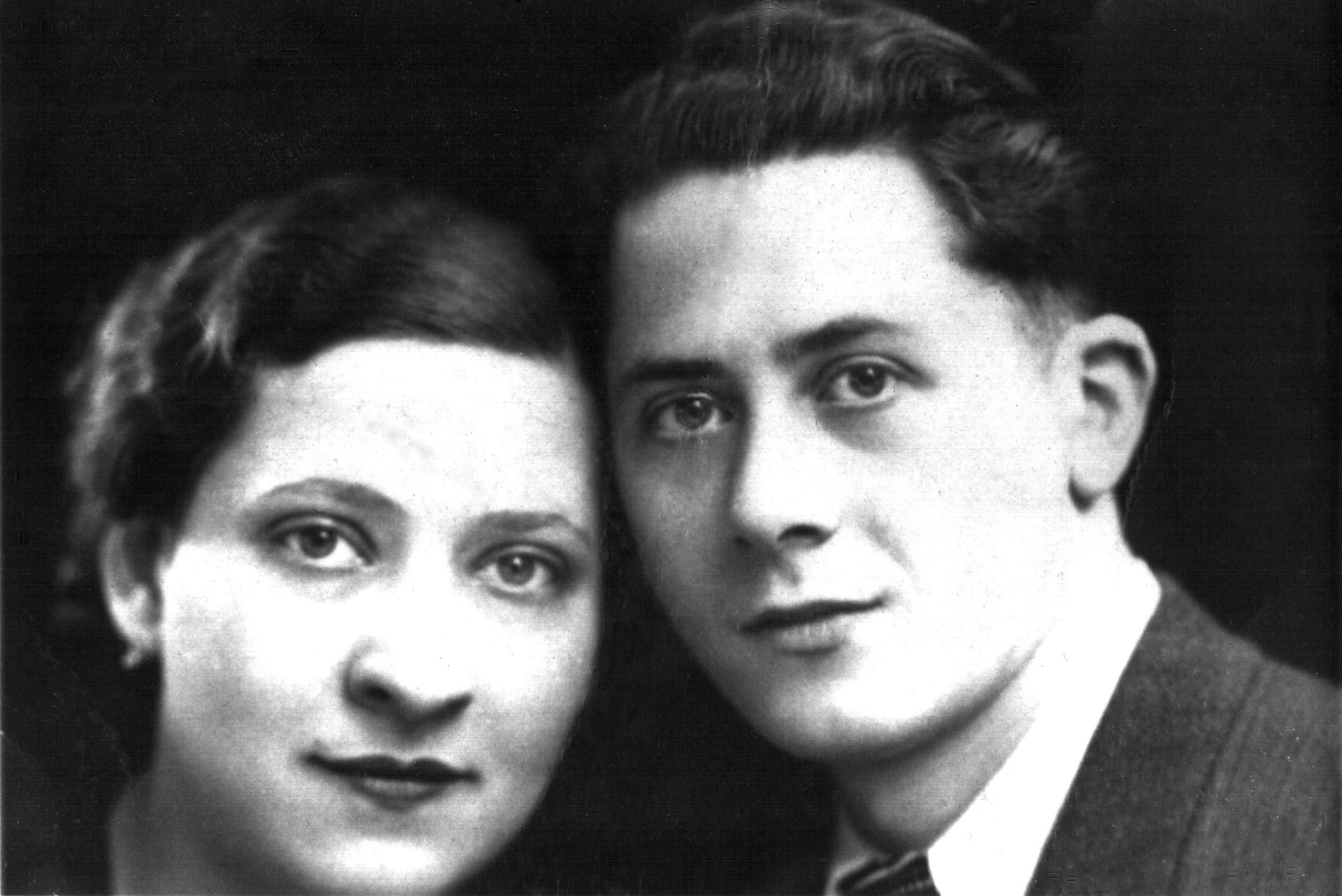 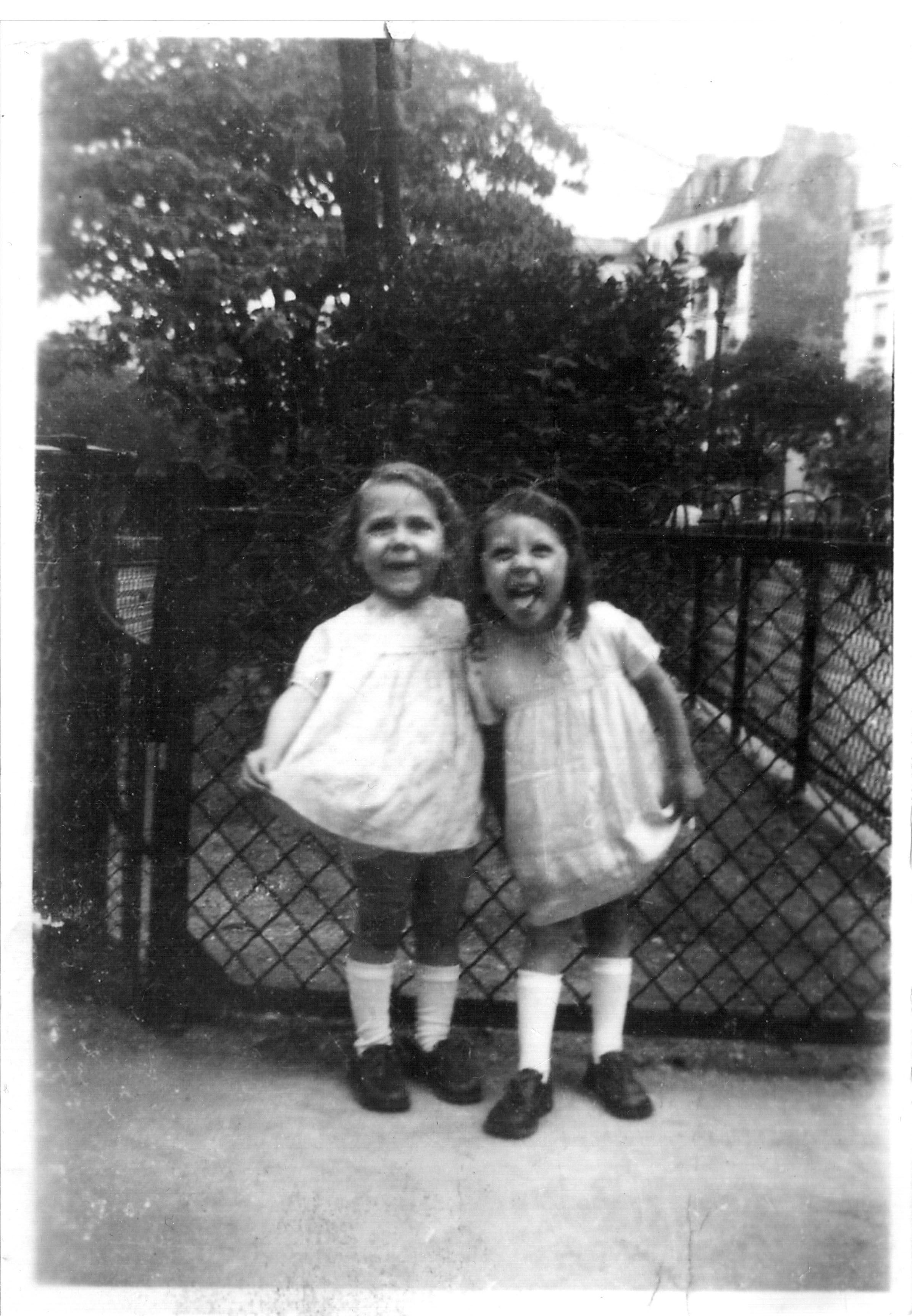 I don’t exactly know when this picture was taken, but it was before August 26, 1942. Later, when my grandmother was taken to Auschwitz, my 19 year old uncle took care of my sister. A few weeks later, the Baleste family found a widow in a different village who accepted to raise her. 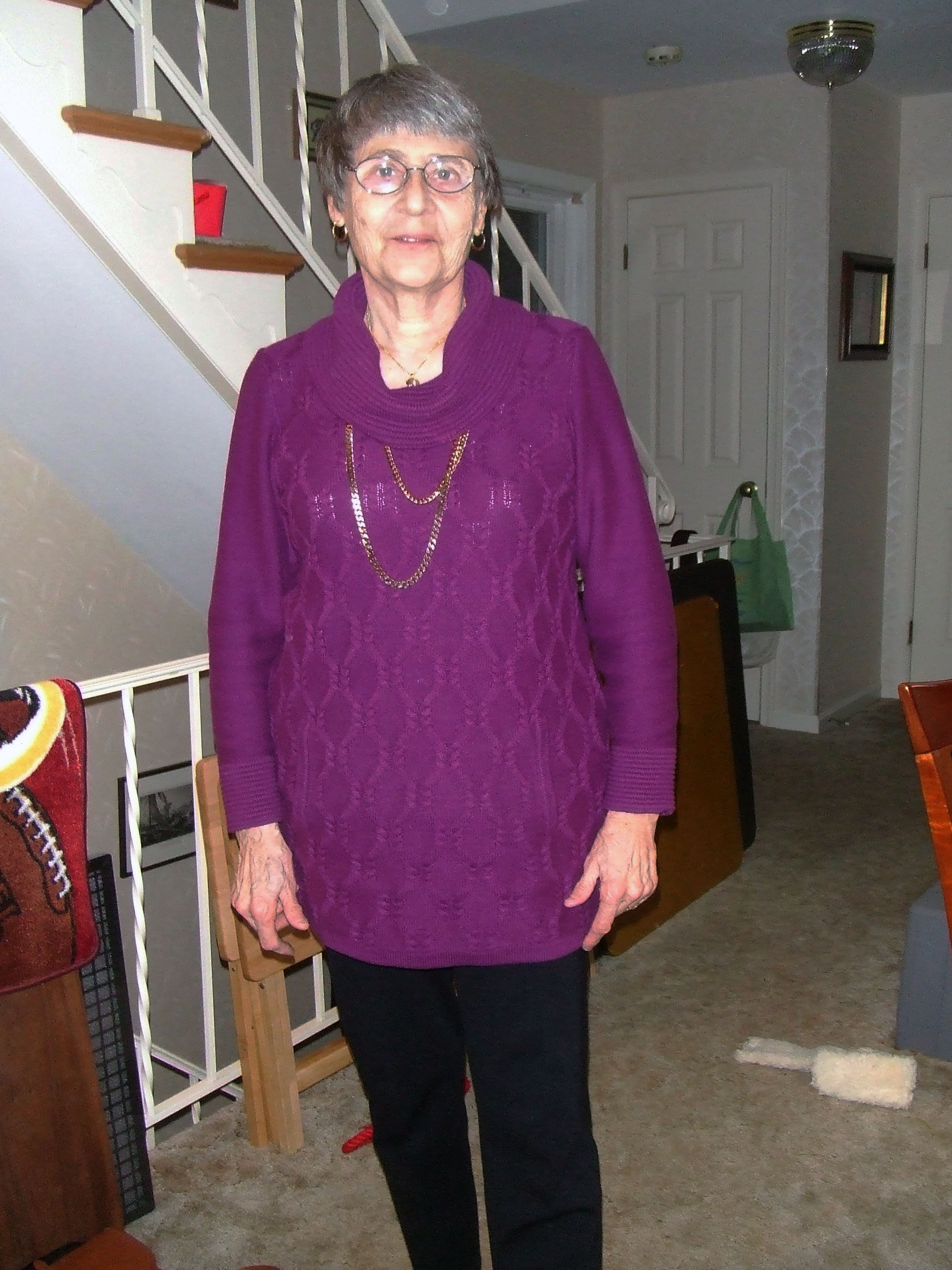 My sister, Jackie, has been of great help to me when I decided to do research about our time as hidden children. She introduced me to many organizations that became interested in hearing and seeing what happened to us during the war. 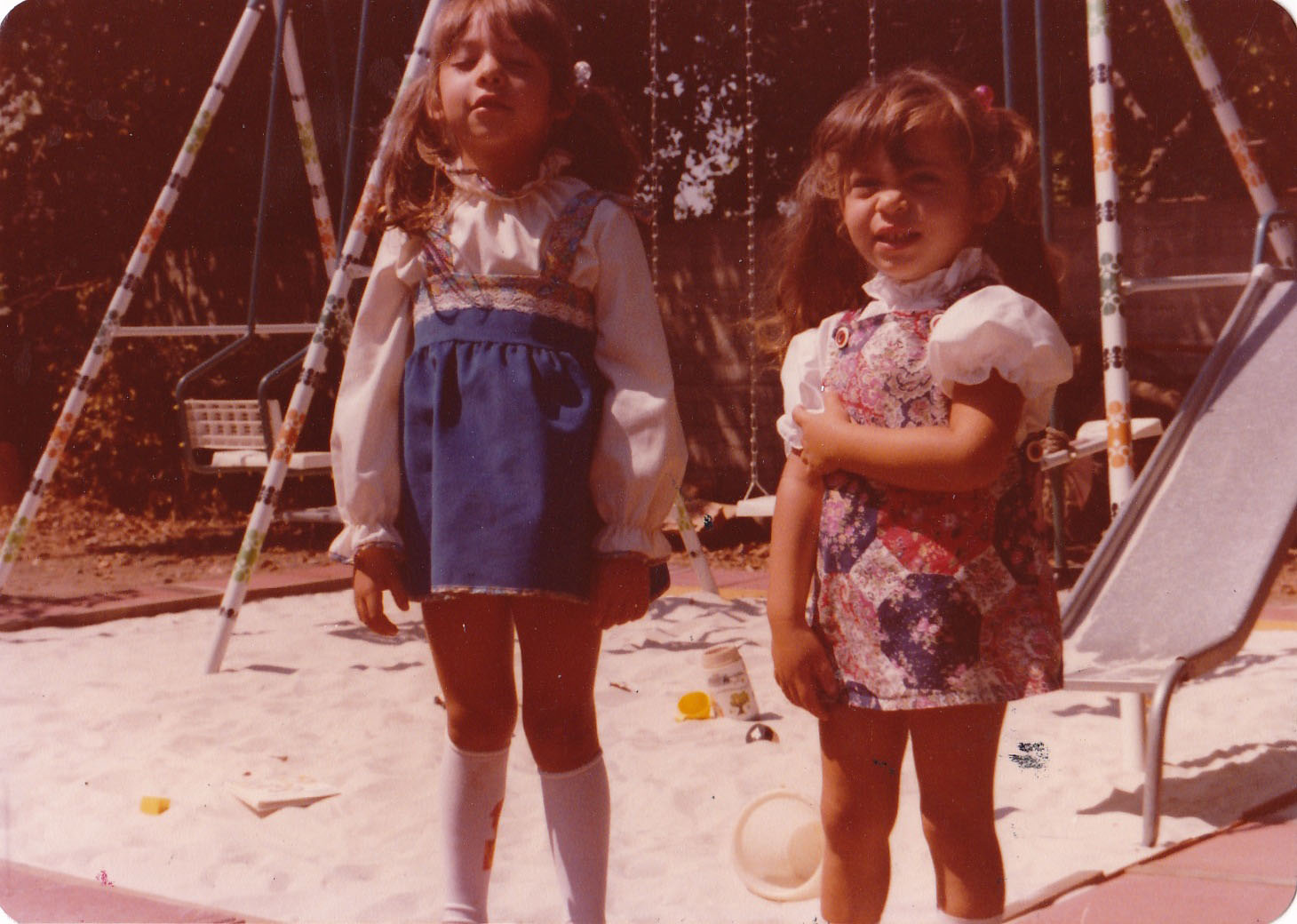 I love this picture of my two daughters, Marilys, the oldest and Jennifer, the youngest! They are now older and have been very supportive of my work. Marilys always accompanies me when I give my power point presentation if she is available. 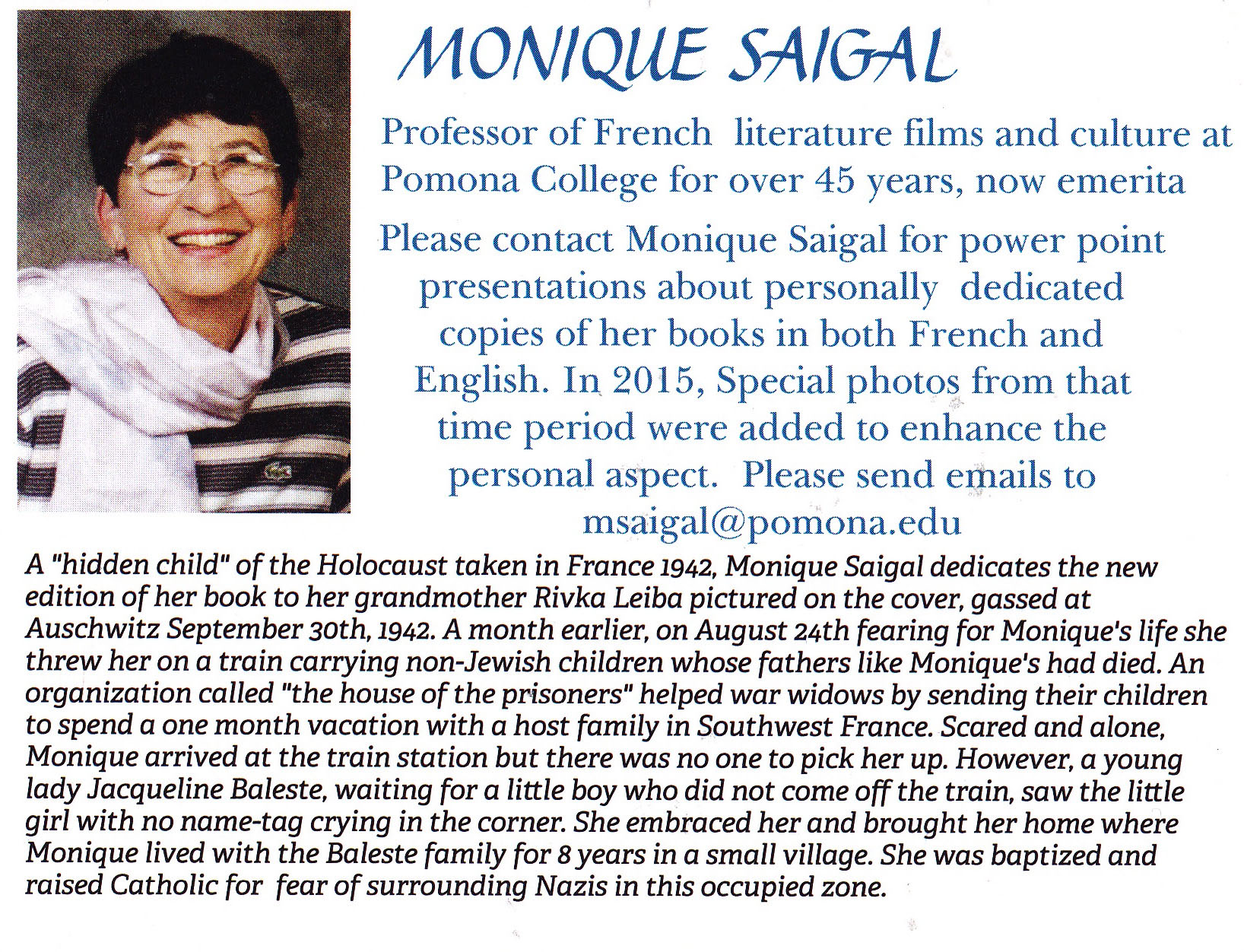 This is the card Marilys designed for me when I started speaking about my story and my book. I am very grateful to her for all her continuous help. 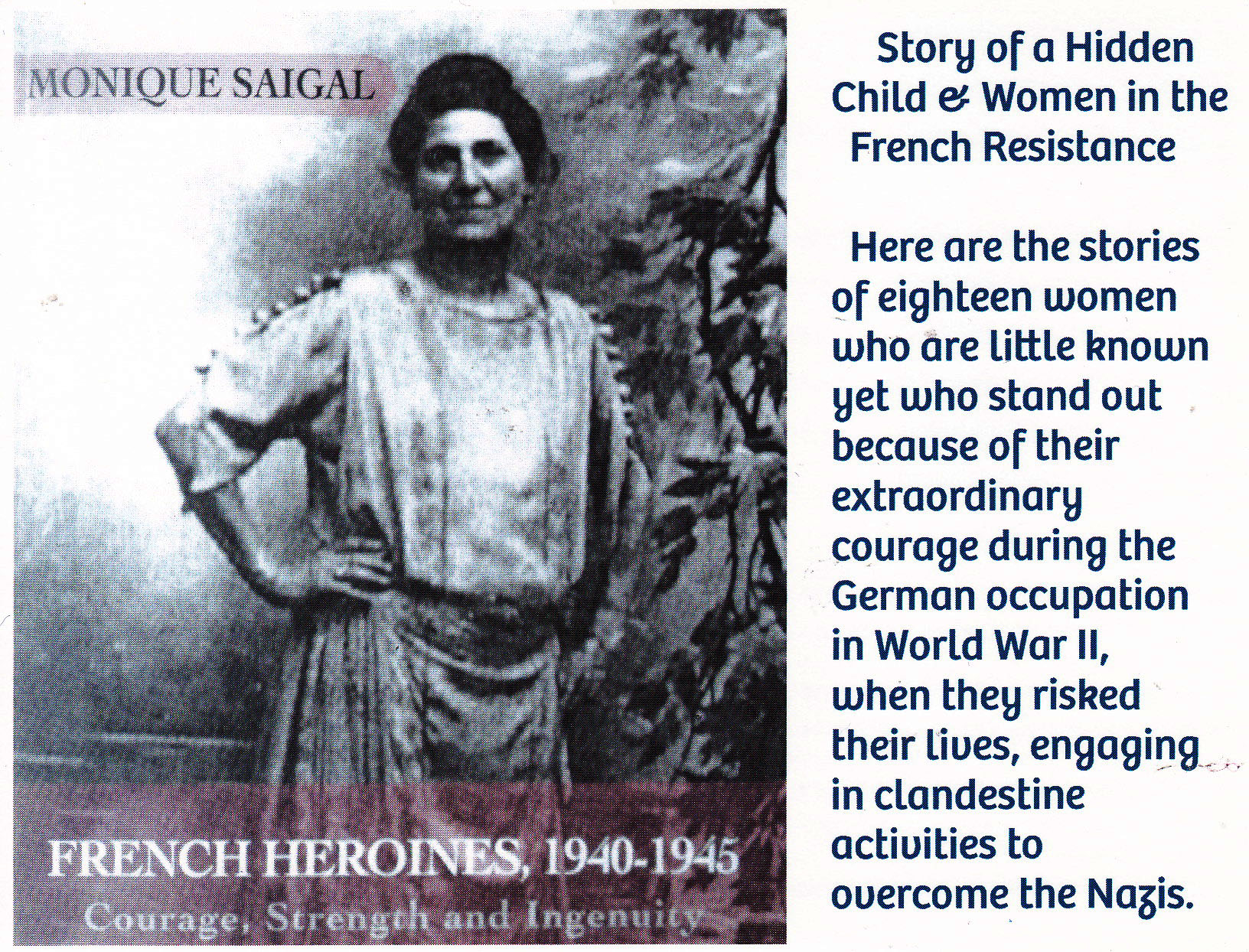 The Story Card (back)

The back of the card shows the book that tells my story and the interviews about the women whom I filmed because they were active in the French Resistance. First written in French and published in France, it was translated into English and printed in the USA. The latest edition for both versions now has pictures and my story in the introduction. 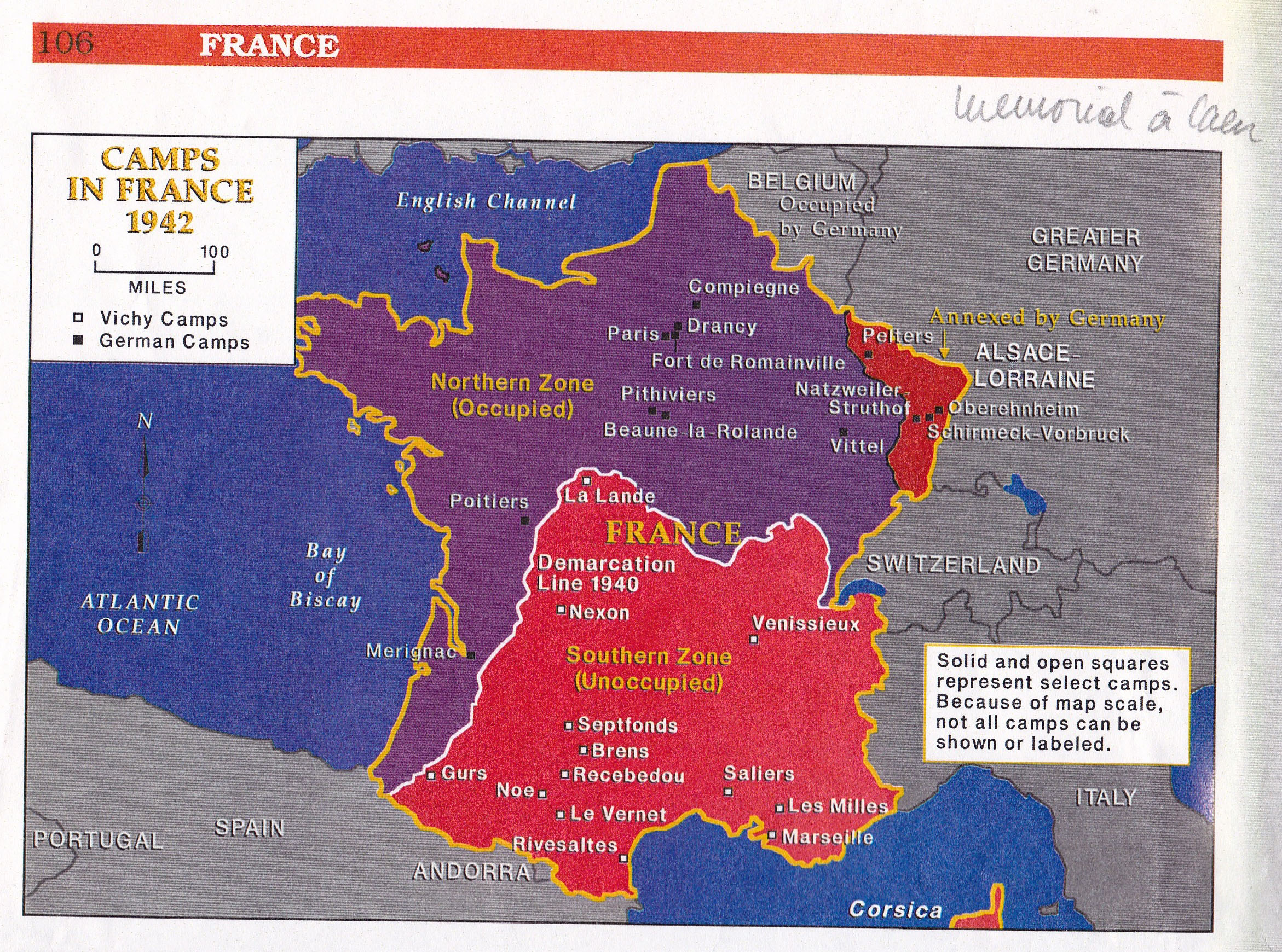 This card shows how France was divided in two zones when Maréchal Pétain became the chief of state with all the powers. The northern zone was the occupied one and the southern one, the free zone until November 11, 1942 . Vichy where Pétain lived was located there. 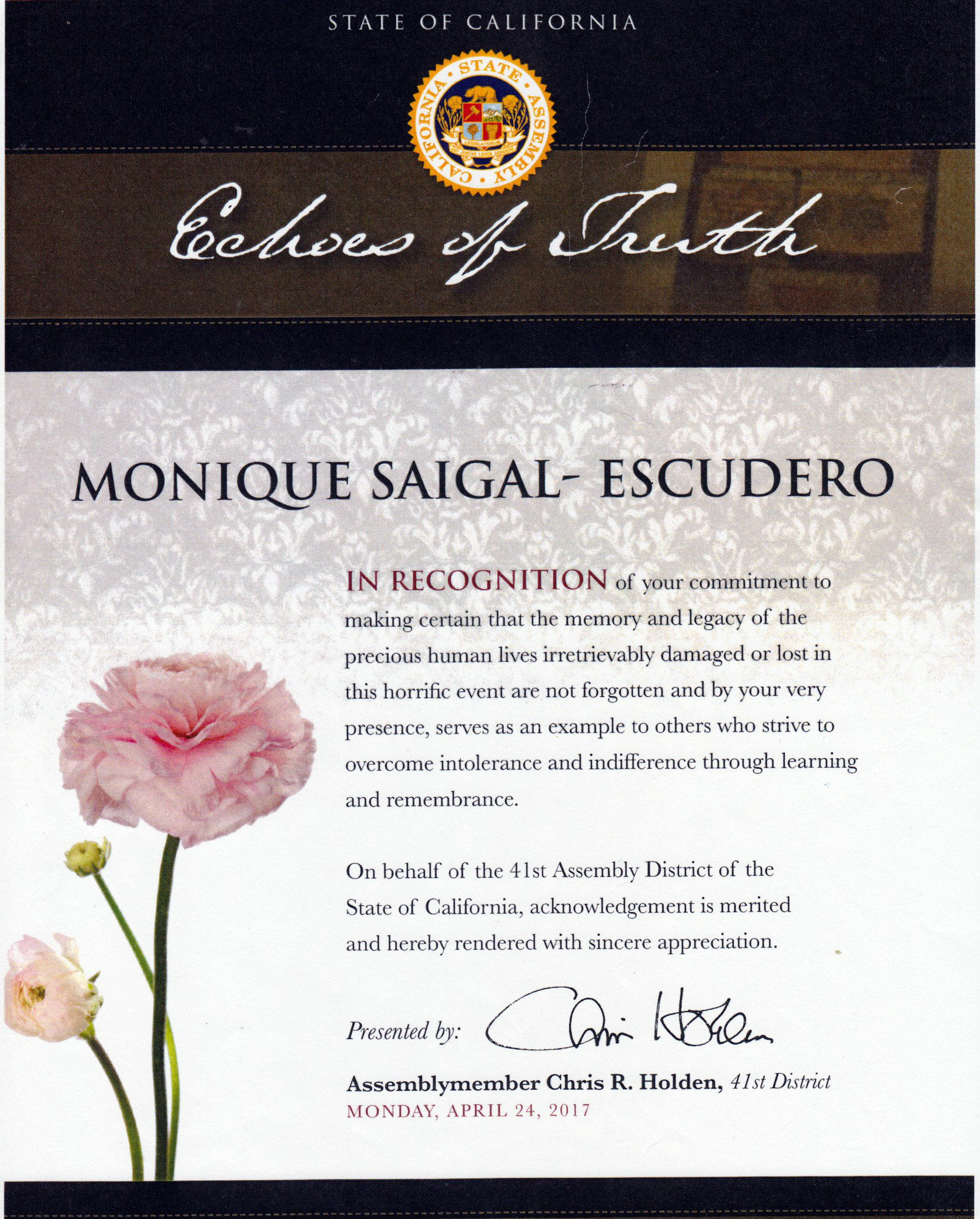 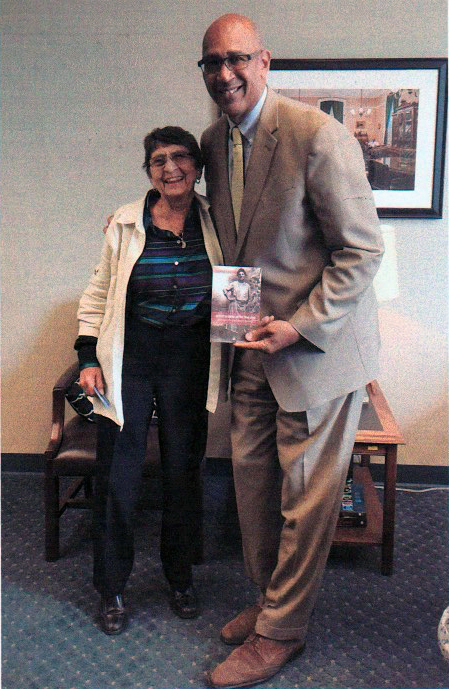 April 24, 2017, Monique was honored at the Capitol in Sacramento, CA by Assemblyman Chris Holden.